20VC FF 028: Where To Start Your Startup and Single Founder vs Co-Founder Model with Richard Hanson, Co-Founder & CEO @ HiringScreen 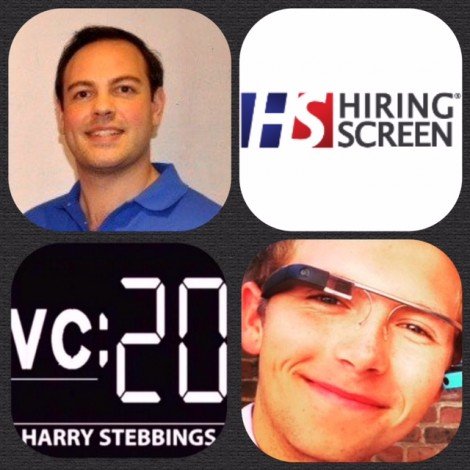 Richard Hanson is CEO and co-founder of HiringScreen, where rocket science meets recruitment. Founded in Jan 2015 in Hong Kong, HiringScreen has raised over $800,000 from a number of investors with plans to expand into the Philippines and Indonesia. Before founding HiringScreen, Richard was an award winning headhunter and recruitment consultancy owner. A special thank you to Mattermark for providing all the data displayed in today’s show and you can find out more about Mattermark here!
Click To Play
In Today’s Episode You Will Learn:

1.) What were the origins of Hiring Screen? What was the a-ha moment for Richard?

2.) What advice would Richard give to founders contemplating entering accelerators? What should they look for and why should they be wary of?

3.) Why does Richard believe that a startup with multiple founders is more beneficial than single founder startups? What would he suggest someone looking to find a co-founder is to do?

4.) Why did Richard start Hiring Screen in Hong Kong? What are Richard’s views on Asia’s emerging tech scene? What advice would Richard give to a founder deciding where to start a startup?

5.) What has been the most challenging element of growing Hiring Screen? How did Richard overcome it and alter the company from there?

6.) If Richard were to found Hiring Screen again, what would he do differently? Is there anything he wishes he had known before the process?

Items Mentioned In Today’s Episode:
Richard’s Fave Book: The Alliance by Reid Hoffman and Chris Yeh
Richard’s Fave Blog or Newsletter: Calacanis, Feld Thoughts
As always you can follow The Twenty Minute VC, Harry and Richard on Twitter here!
If you would like to see a more colourful side to Harry with many a mojito session, you can follow him on Instagram here!
Free Ebook: How to boost your Conversion Rate Optimization (CRO) by over 100%
I would like to say a huge thank you to our sponsor for today’s show: LoyaltyBay. Have you ever wished more of your website visitors would convert into a sale, signup or referral? If so, you need Loyalty Bay. With their saas conversion optimizer tool they increase any conversion metric by offering potential customers a choice of personalised rewards to get them to convert. They work with large enterprises like Virgin Media through to startups and have increased conversions on average by over 100%. Free 30 day trial at www.loyaltybay.co.uk