20VC: Hims’ Andrew Dudum on The Scaling Playbook of The Fastest Growing Mens Wellness Brand, How To Be Truly Innovative In Today’s World of Online Marketing & Raising at a $200m Valuation within Year 1 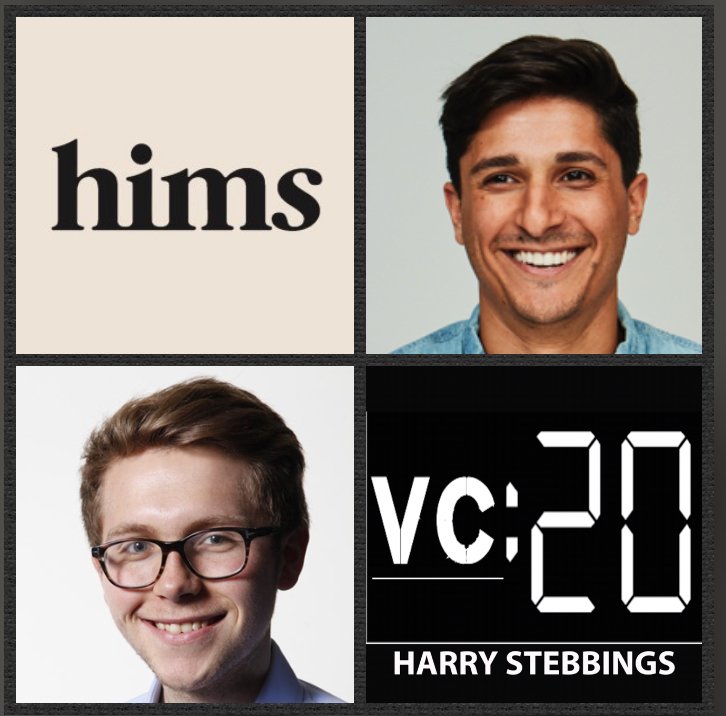 Andrew Dudum is Co-Founder & CEO @ Hims, the fastest growing men’s health and wellness brand that has raised over $45m in VC funding from some of the best in the business including Thrive Capital, Forerunner Ventures, IVP, Redpoint and SV angel just to name a few. Andrew is also co-founder and General Partner at Atomic, a venture-builder backed by Peter Thiel, Marc Andreesen and many of the world’s best investors. Prior to Atomic and Hims, Andrew led Product at TokBox.com, the leader in web-based communication. In 2012 TokBox was acquired by the global telecommunications company Telefonica ($TEF).

1.) How Andrew made his way into the world of startups, came to build a venture builder backed by Thiel and Andreesen before starting the fastest growing men’s health and wellness brand in Hims?

2.) How does Andrew view the world of online and offline marketing in today’s proliferated D2C space? What were the core elements that allowed Hims to achieve such success with their branding? How does Andrew respond to suggestions that there is a lack of free and open distribution due to incumbents paying up for traditional channels making CAC unachievable for startups? How does Andrew look to solve for this?

3.) What does Andrew believe it is that has allowed Hims to execute faster than any other D2C brand in history? How does Andrew distinguish between people and process when considering the scaling at different stages of the business? What are the pros and cons of having such constraints on headcount? When is the right time to pour fuel on the fire?

4.) Hims raised their last round at a $200m valuation in less than a year of operating, how did Andrew evaluate this one? Does this not effectively price Hims out of the majority of M&A?  What leads Andrew’s thesis with his suggestion that he thought the valuation was “quite frankly, a great price for investors”? What advice would Andrew have for founders entering the fundraising process?

5.) Andrew is also the co-founder @ Atomic, so what really is a venture builder? How have Atomic built a framework around idea generation? How do Atomic determine which ideas to pursue and which to disregard? How does data and benchmarking play a central role in this process?

We also speak about Movidiam – as brands turn to smarter ways of creating video and digital content, the Movidiam platform offers faster turnarounds whilst maintaining or improving quality. They’re already working with some of the biggest, most innovative companies to help compare teams and freelancers across the global curated network of creative talent. Producers and marketers looking for the best creatives can get a shortlist from Movidiam’s account managers in hours – tailored to their project’s needs. Submit a brief or check out the platform at Movidiam.com.