20VC: Gary Liu @ Digg on The Rebirth of Digg & The Evolution Of Content 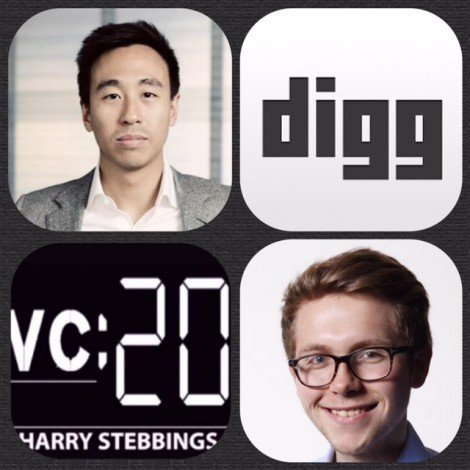 Gary Liu is the CEO @ Digg, the incredibly famous platform that allows users to find, read and share the most talked about stories on the internet. Prior to joining Digg, Gary was an early employee at Spotify holding numerous positions including, Head of Spotify Labs and Global Director of Ad Product Strategy. Gary joined Spotify from AOL, where he was the Director of Sales Strategy and Operations at Patch. Before joining AOL, Gary was a business and sales operations leader at Google and Clickable.

We would like to say a special thank you to Mattermark for providing all the data used in the show today and you can check out Mattermark Search here!

Click To Play
In Today’s Episode You Will Learn:

1.) How Gary made his entry into the world of tech and later became CEO at Digg?

2.) What were Gary’s biggest takeaways from his time at Google and being an early employee at Spotfiy? How has he adapted those learnings to his role now at Digg?

3.) What really happened at Digg? What went wrong? Why did Digg not live up to the early hype of being the darling of the internet age? How are Digg evolving to change this?

4.) In the vastly competitive space of content creation and distribution, how do Digg stand out and differentiate themselves from the plethora of options available to consumers?

5.) How do Digg try to engage and unite the community through the commenting process without alienating people through the potential for malicious posts and trolling?

6.) How does a platform like Digg plan to monetize content with the ever disappearing ad dollar? Does it concern Gary or does he see potential in other avenues?

Gary’s Fave Book: J.D Salinger, The Catcher and The Rye