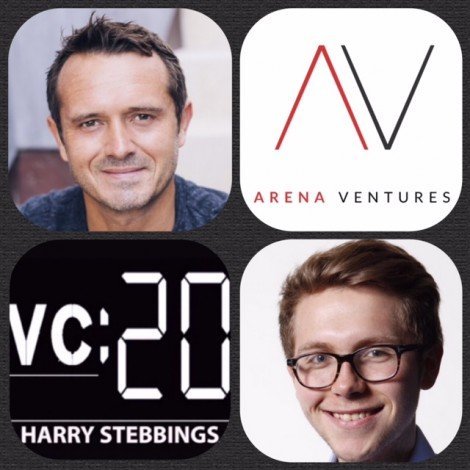 Paige Craig is a Founder and General Partner of Arena Ventures. He is an experienced angel investor who has invested in over 110 startups in the last seven years, including companies like Lyft, AngelList, Wish, Postmates, Twitter, Styleseat, Zenpayroll, Quizup and more. Paige spent the first half of his career in the Marine Corps and US Intelligence Community and later launched a defense contractor, driving alone into Iraq in 2003 with just $10,000 and expanding operations across the Middle East, Afghanistan, Pakistan, Africa and Southeast Asia.

As always we would like thank the awesome team at Mattermark for providing us with all the data and analysis for the show today, check out Mattermark search here
Click To Play
In Today’s Episode You Will Learn:

1.) How Paige made his way into the wonderful world of VC?

2.) What were Paige’s biggest takeaways from his previous career in the military? How did this shape his investment thesis?

3.) Arena VC have both the fund and the AngelList syndicate, why did Paige choose this dual model? What have been the drivers of it’s success?

4.) What does Paige believe makes a great VC? What aspects of himself would he like to improve upon? Is an inherent fight mode common among VCs?

Paige’s Fave Blog or Newsletter:
As always you can follow The Twenty Minute VC, Harry and Paige on Twitter here!
If you would like to see a more colourful side to Harry with many a mojito session, you can follow him on Instagram here!